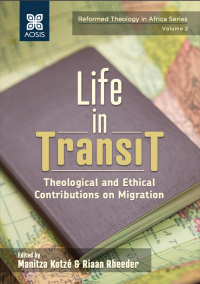 Migration within countries and across country borders is taking place at an unprecedented scale. The growing number of refugees and people displaced by war and environmental disasters is a cause of serious global concern. Our project focuses on three locations heavily impacted by migration, namely South Africa, Germany and the United States. Since 1994, South Africa has been experiencing a large influx of migrants from Sub-Saharan and Central Africa. Many of the migrants are illegal residents who live below the radar of the law and enjoy no legal rights. Germany has faced a sudden influx of 150 000 refugees from Syria as a result of the civil war in Syria. The decision of Angela Merkel to allow refugees into Germany may have long-term effects on the demographic profile and social make-up of Germany. The refugee crisis already impacted heavily on Germany’s budget and welfare logistics. In the United States, immigration policies are intensely debated. The Trump administration has vowed to crack down on illegal immigration and has expressed its intent to limit Muslim immigration. A troubling issue facing both Germany and the United States concerns the radicalization of second and third generation immigrant communities. South Africa, conversely, had to faceunprecedented xenophobic attacks on foreigners. In short, South Africa, Germany and the United States are undergoing a complex process of identity reconfiguration brought about by the mass movements of people and rapid demographic changes. The dynamics regarding identity formation have led to turbulent political, social and public contestation as can be seen in the rise of right-wing politics in Germany, Trumpism in the United States, and the decolonization narrative in South Africa.

This project provides the fields of public theology and Christian social ethics with an opportunity to bring together emerging insights on the complex nexus of problems related to population migrations. A plethora of public theological issues arises as a result of global mass movements. There are, for instance, widespread concerns on the social impact of the annihilation of family structures as a result of migrant labour, influx controls and forced
removals due to war or poverty. How can theologians address the phenomena underlying the fragmentation of family networks? How can theology contribute to the formation of positive social identities in these contexts? In what way can public theology influence public discourse and encourage a universal respect for human dignity, equality and freedom? What can be done to eradicate xenophobia? By what means can religious communities influence the immigrant experience? How should we respond from a theological viewpoint to what Saskia Sassen has called emergent migrant flows, a phenomenon that includes unaccompanied minors, religious minorities, and those fleeing war zones and despoiled habitats? A whole range of other issues come to mind.

At the end of July 2019, an international conference took place in Potchefstroom, South Africa, at the North-West University’s Faculty of Theology. A volume with the results of the discussion and the reworked papers have been published in 2020.